Ever so slowly I am working my way through my new home reveals. I already showed you my new front entryway and even gave you a sneak peek of my office in this post, but I figured it’s time for the full reveal.

When it came down to moving my entire townhouse + my home office into the new house I knew some major priorities had to be set. Because I work from home, my office had to be set up and functional by the end of the weekend. A lofty goal, but a necessity for someone who works from home. I can’t tell you how many nightmares I had about not having an office… too many! 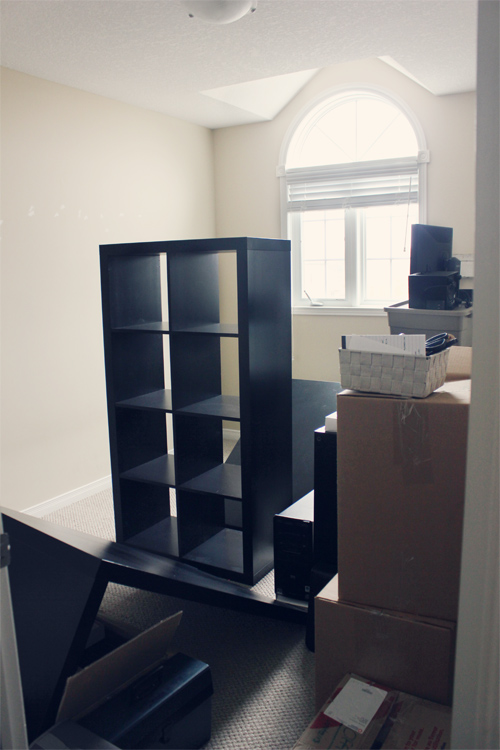 Step one in getting this office functional was running cable for the internet. It’s hard to believe, but none of the upstairs rooms in this house were wired for internet/cable… only telephone. The Saturday “J” and I moved in, I spent close to 3 hours in the attic with my dad running cable lines into the office, guest bedroom and master. An educational moment to say these least, but not something I would like to do again.

Rogers arrived promptly Sunday morning to connect both the cable and internet – thankfully with no troubles or delay… In a split second I had my desk assembled, computer plugged in, and internet functioning… however with unpacked boxes everywhere, this room still had a long way to go…

The following 4 weeks were spent unpacking, assembling, patching, painting, hanging and organizing every single item in the office. 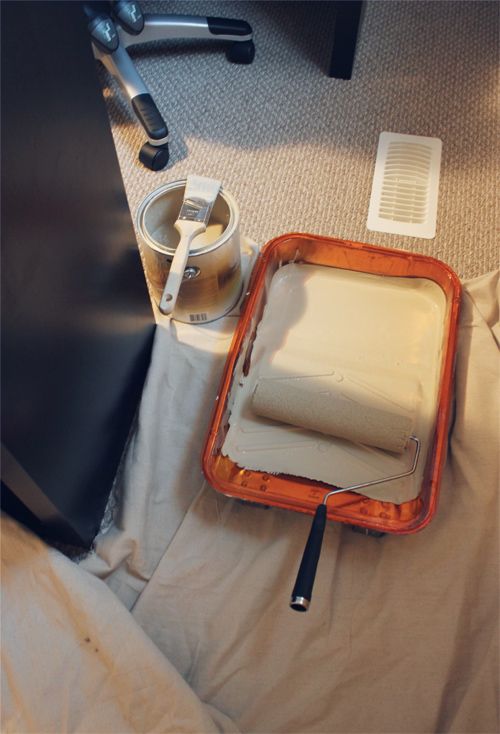 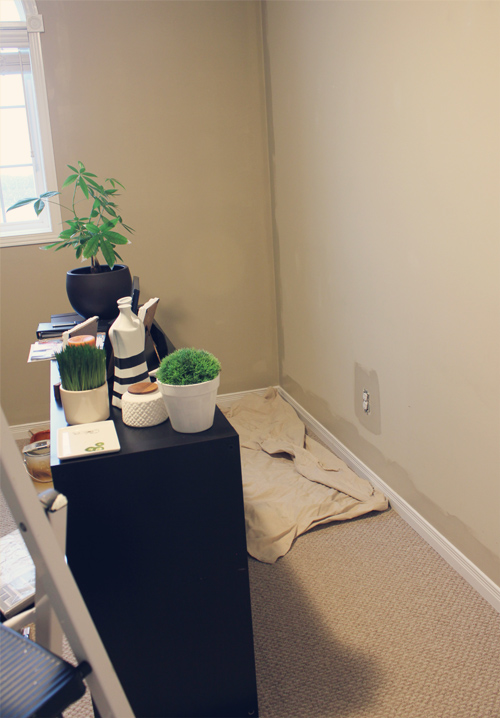 Thanks to Para Paints, and their wonderful line of Elite Suede paint, the painting was finished in 2 days… and again, I only needed one coat. The room was originally going to be the same two colours that are in the front entryway, but at the last minute I switched it up and went with blue. Needless to say, it was an awesome decision… 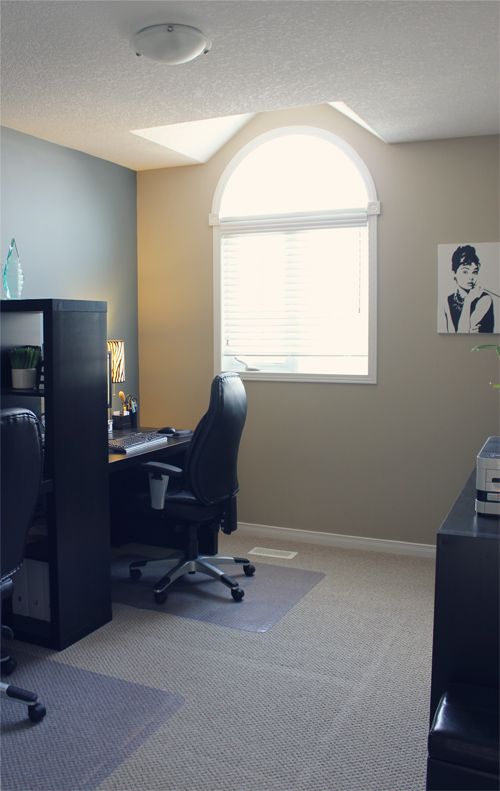 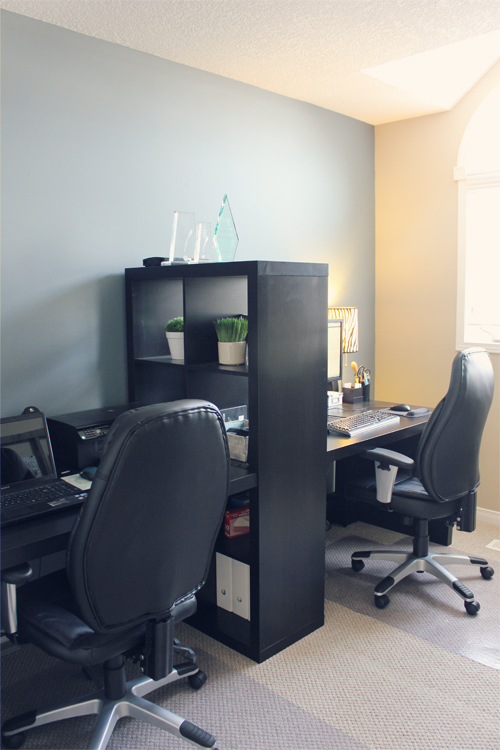 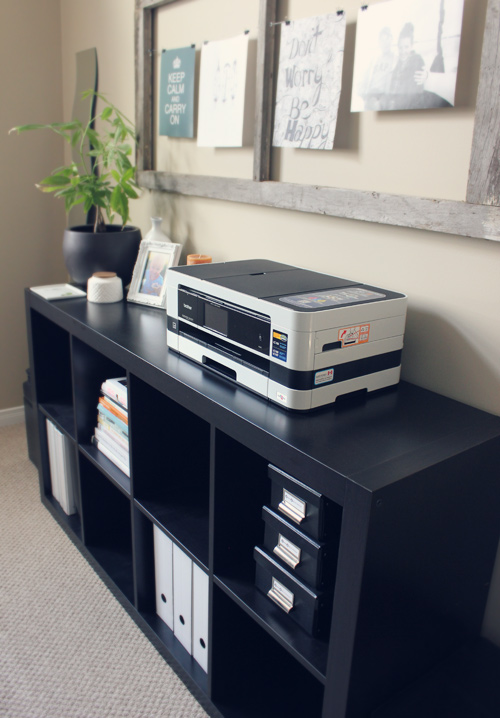 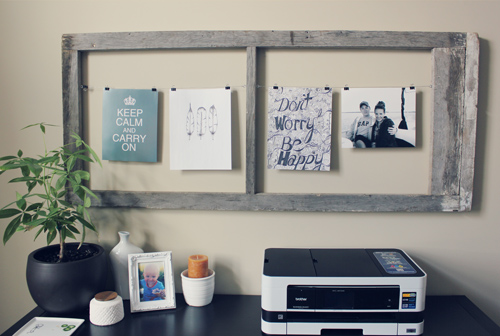 This office is significantly larger than my last home office… so large in fact that “J” now gets his own desk! And since I am a creature of habit, everything that was in my old office is now in my new one… including my antique door picture frame (which was featured on Style at Home), and even my money tree (which I have somehow kept alive…?).

Ok, it might not be as glamorous as some of the home offices I have lusted over in the past… most of the walls are still waiting for framed pictures… and it could use a few more accessories… but it’s functional, not to mention I am happy with how it turned out. A great space to spend every day in.

Have you ever moved? What room was your main priority? 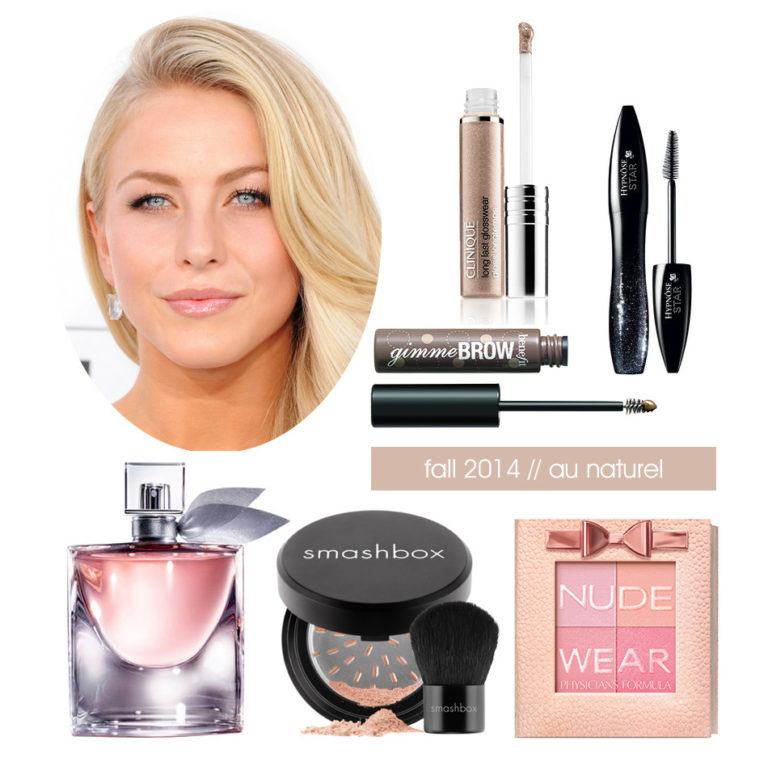 While Fall can be a fun time to experiment with dark shades of lipstick, a smokey eye,… 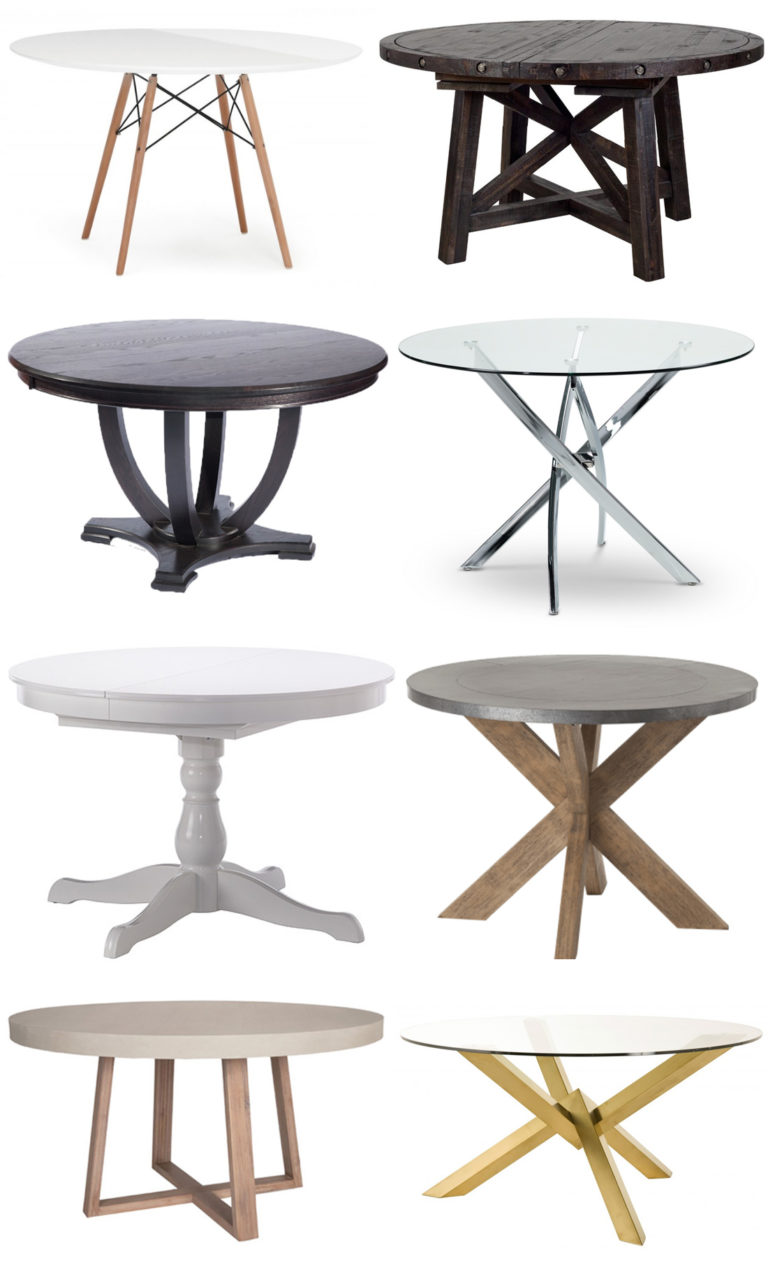 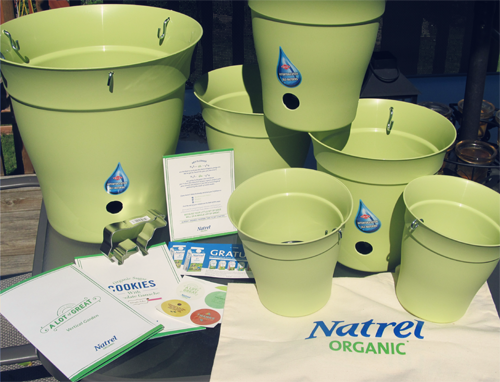 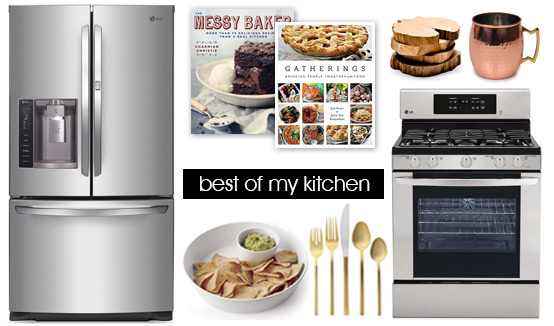 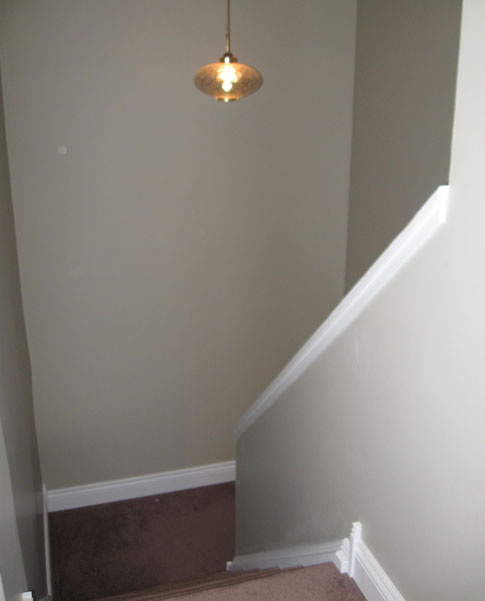 Remember back in April when I finally got around to painting my stairway/landing? Well, the truth is,… 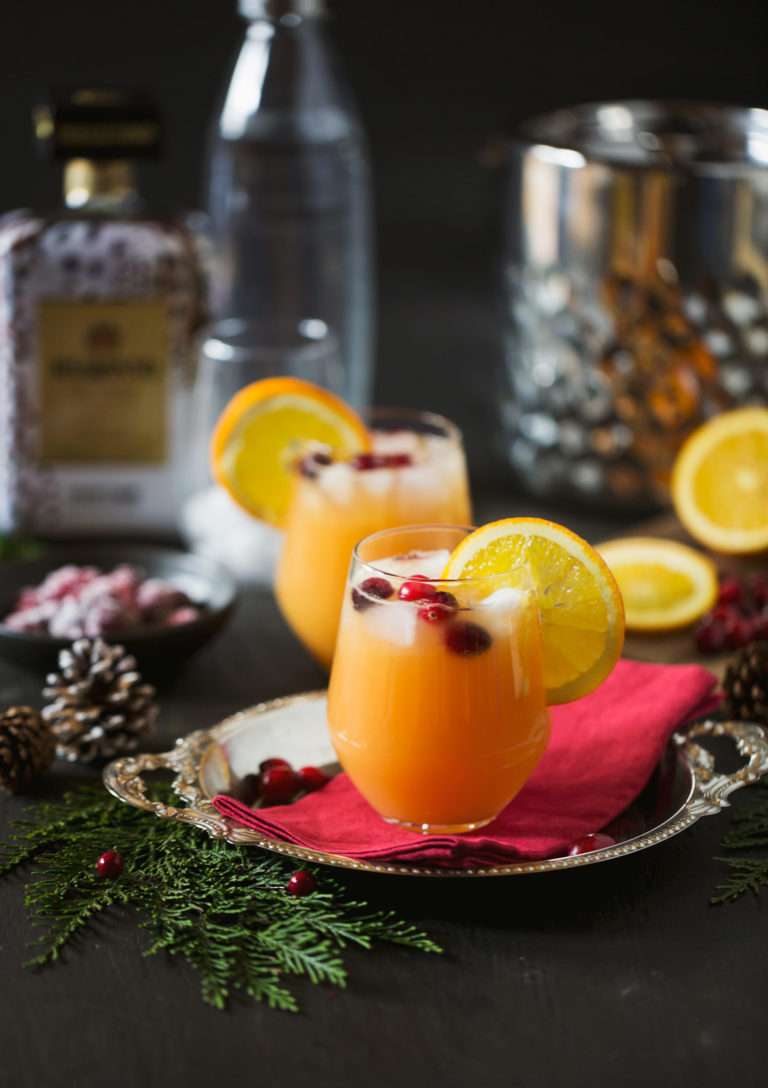