Wow. I cannot believe it has taken me two months to write this post. Today little miss Emily Rose turns 2 months old… and somewhere in between feedings, naps, spit-up, diaper changes (oh so many diaper changes) and baby snuggles, I have managed to document the most important and life-changing story I’ll ever have the privilege of telling. I’ll be honest, I debated for a while whether or not to make this post public. Birth stories have always been some of my favourite posts to read. I find it incredibly fascinating and empowering to read another woman’s experience bring life into this world. But if I shared mine, would anyone read it and draw inspiration and hope? Did it have enough cliffhangers or surprises – two things people often look for in a good birth story? Was it going to help anyone struggling with the fears that come along with childbirth? In the end, I decided this post was more for me than anything; a way to capture and document the most important and life-changing moment of my life. So with that, let the story begin.

The week leading up to her birth was pretty uneventful… I went to work Monday, Tuesday & Wednesday, happily exclaiming “I’ll see you tomorrow…. maybe!” to my staff as I left every day. On Thursday morning I had my 40 week + 4 day appointment with my OB where she performed a membrane sweep for the second time. At that point, I was still only 2cm dilated but remained hopeful that this sweep would set it all off. I ended up doing light work from home on Thursday and Friday because I was convinced labour was going to start any minute! Little did I know I had a few more days to go!

All day on the 19th I felt pretty normal. I was having a few Braxton Hicks contractions, but nothing I hadn’t already been experiencing for the past two weeks. I went about my regular day… baking muffins, preparing freezer meals, doing laundry… the usually “nesting” stuff. It had been snowing all day and the roads were a nightmare… which didn’t help my irrational fear of going into labour in the middle of a snowstorm. Yes, believe it or not, the thing I feared most during my entire pregnancy was not the actual birthing of the baby, but not being able to make it to the hospital in time because of a snowstorm. Now, I know we don’t experience snow storms here for days on end – they usually roll in and roll out, with days or even weeks in between – so technically the chances of me going into labour during a snow storm were slim… but I knew deep down in my gut little lady was going to decide to make her appearance when there was no less than 5 inches of snow on the roads.

At 8:30pm John headed to bed and I stayed up and watched “Fyre Festival” on Netflix. I started to feel hopefully thinking I dodged the snowstorm, but around 10pm I noticed a slight change in my contractions… they were getting stronger and started to radiate through my lower back. I took a long hot shower and decided to wait it out thinking it was because I was on my feet all day, but sure enough, by 11pm I started to get increasingly uncomfortable. I woke up John to let him know I was uncomfortable and that I thought I was having real contractions. “Did you time them? How far apart are they?” Well duh, I had no idea. I quickly downloaded a contraction counting app and after about 10 minutes of timing a big bold message popped up that said: “GO TO THE HOSPITAL.”

I’m pretty sure the drive to the hospital was the longest drive of my life… the roads were awful and John drove like an old man (which is 100% his driving style, all the time! It makes me crazy!). At that point, I wasn’t in what I would call “pain,” I was just very uncomfortable. After a 40 minute drive (which on a good day only takes 25 minutes) we made it to the hospital. Since I wasn’t in a lot of pain, I was very worried they were going to check how dilated I was and send me home saying it was too soon. I understand that happens a lot, but there was no way I was going home again! The roads were too awful!

I was admitted quickly, hustled into triage, and hooked up to several monitors to measure the contractions and baby’s heartbeat. “You’re 3cm dilated,” the nurse told me at about 12:30am. Panic started to come over me. My sister Nikki showed up at the hospital during her labour at only 3cm and they sent her home. Again, there was no way I was going home. For the next 15 minutes, the nurse continued to check in; referencing the heartbeat print out. At some point, there was a slight dip in baby’s heartbeat so she asked us to stay a bit longer to keep an eye on it. After an hour or so she checked me again… still 3cm. “Why don’t you go for a walk?” she suggested. I started to feel more at ease knowing we weren’t going to be sent home!

John and I walked laps up and down the long hospital hallway, stopping every 2-3 minutes so I could breathe my way through each contraction. After 30 minutes I had, had enough. We headed back to triage, got hooked up to the monitors again, and waited. Shortly thereafter a voice came over the loudspeaker calling a code blue. We could hear all the nurses and support staff take off down the hallway. After that, we didn’t see anyone for over an hour and a half. During that time my pain level went from a 3 to a 7… surely that meant progress? I HAD to be at 10cm by now, right!? The triage nurse finally came back with the on-call OB and checked me again. “Wow, 6cm dilated!” she said. “You’re wanting an epidural, right?” Without hesitation, I said yes.

One thing you should know about me, I have a relatively high pain threshold. I always said that I would play my need for an epidural by ear after experiencing contractions. While 6cm was only a 7 on my pain scale, I knew I couldn’t take much more… I needed the drugs!

With the IV in place, I thought I was ready to go! Let’s get this epidural on the road!!!! Little did I know, most of the hospital staff was still tied up dealing with the code blue from earlier. I was once again left in triage for another hour and a half feeling every single contraction grow increasingly stronger. By the time the nurse came back, I was beside myself. “Oh, you’re at 8cm!!!” she said in disbelief as she flew out of our little curtained-off corner of the triage unit. I could feel another wave of panic setting in… was I seriously going to miss my window for an epidural? The one I consented to almost 2 hours and 2cm ago!!!? At 8cm dilated I was at a 9 in terms of pain and everything after that was a bit of a blur…

“We finally have a nurse for you!” I was told by the triage nurse. In that same moment, I was introduced to my attending nurse and whisked down the hall to my birthing room. A clear sense of urgency and panic set in over my nurse’s face as she readied the room for the anesthesiologist, who showed up with the same sense of urgency. John was asked to leave to keep the room sterile, and I was left hold it together while getting a needle stuck into my spine… between contractions… at a level 9 on the pain scale! “It’s very, very important that you hold still,” the anesthesiologist said multiple times. Through tears, I told him I was trying, but the contractions were so strong and coming so fast. I could hear the growing frustration in his voice as he told me over and over again to hold still. My nurse finally grabbed me, cradled me into her shoulder, and whispered: “breath through it, you can do it, everything is going to be ok.” In that moment it was all the support and help I needed to hold still for the few minutes it took to get the epidural placed. John was allowed to return to the room, and in less than 10 minutes I couldn’t feel any of the pain from the contractions (just the pressure).

I was able to rest for an hour before being introduced to the next shift of nurses. As they completed paperwork, checked my stats, referenced the printout that monitored the baby’s heartbeat and my contractions, my one nurse asked if she could check to see if I had dilated beyond 8cm. “Well, look at that. You’re at a 10!” she said. “We’ll let you hang out at 10 for a bit, while I go ready the staff and your OB.”

Shortly thereafter my room bustled with nurses, trainees, and doctors as they got everything ready for me to push. My OB confirmed that baby had passed meconium so it was important to get her out and checked by the pediatrician right away. I was given the green light to start pushing and to everyone’s surprise, delivered Emily in 15 minutes with just a few pushes after 10 hours of labour!

I wish I could put into words all the intense emotions you experience when you hear your baby’s first cry as she’s placed on your chest. There is truly nothing like it. John stayed by my side the entire time and tearfully cut the umbilical cord after we delayed clamping and took a cord blood sample. It was such an amazing, surreal, and emotional experience for both of us, as we finally came face-to-face with the tiny being I had been carrying for 41 weeks. I will never forget it.

After some quick skin-to-skin, they had to usher her away to be examined by the pediatrician. He confirmed she was in great health and the very small amount of meconium that may have gotten into her ears, nose, and mouth wouldn’t cause her any issues… but they requested we stay the full 48 hours.

While very little sleep was had during the first 48 – I spent most of my time changing diapers (she pooped a surprising amount) and trying to get the hang of breastfeeding – it was so worth it to spend those hours in seclusion with the newest member of our family. By noon the next day, we were discharged and on our way home, ready to start our new life.

I’m so incredibly thankful to have had such a smooth pregnancy and delivery. I’ll admit, the recovery period has been rough, but my tiny little sweetheart keeps me going and looking forward to all the days ahead. I can’t wait to watch her blossom and grow.

Thank you so everyone who stopped by to read my little story, it really means the world to me! 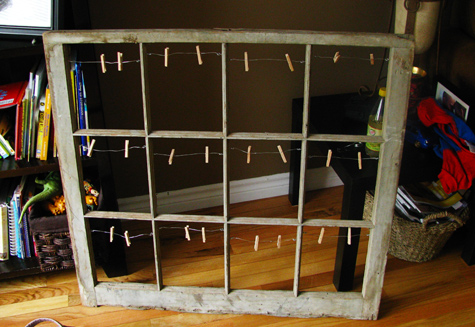 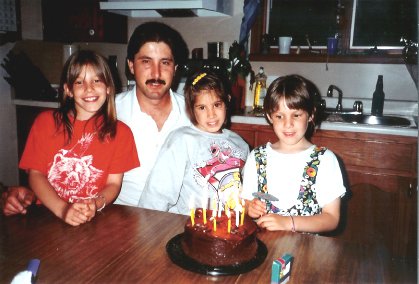 You were the first person to teach me how to braid, on the tail of a my little… 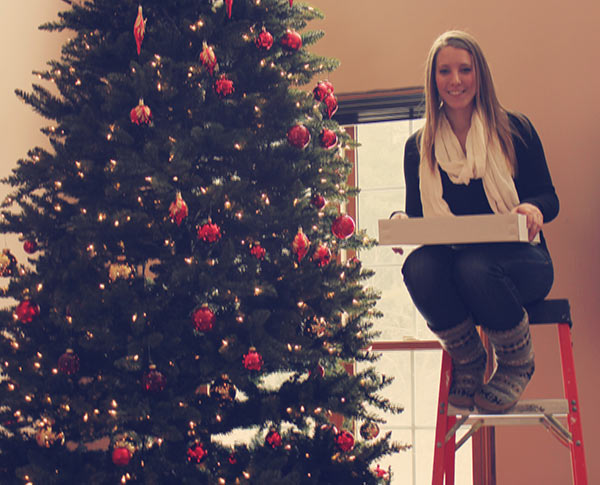 1. Decorating dad’s 12ft tree on Christmas day… I should have expected this! 2. New tradition, building…

It seems like only yesterday, Amanda & I were taking Jax to Snyder’s Family Farm for the… 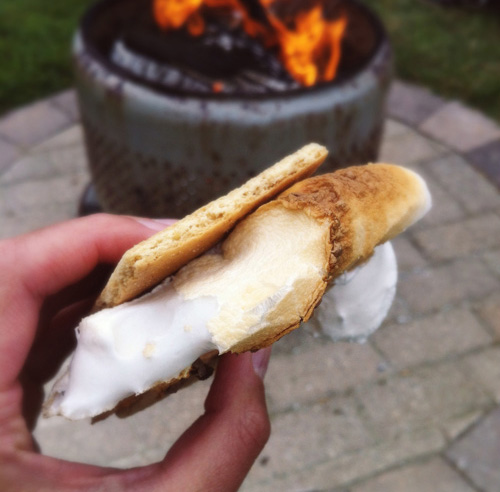 It was surprisingly cold on Sunday. And rainy. Definitely not ideal weather for our annual family beach… 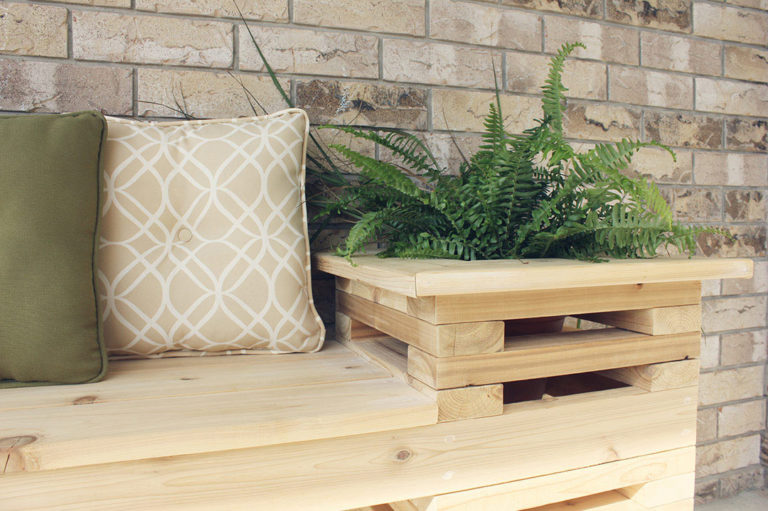 1. House // We have officially been in our new house for over a year. During that time…