This is hard to admit, but in late January I fell off the horse. And I’m not talking slowly slipped off the saddle… I’m talking bucked clear into a field!*. As things in my life got busier and busier by the second, decisions had to be made. Activities had to be cut. My job, home and puppy began demanding more and more of my time. In late January I stopped working out. Cold turkey. Just stopped. And it felt terrible. 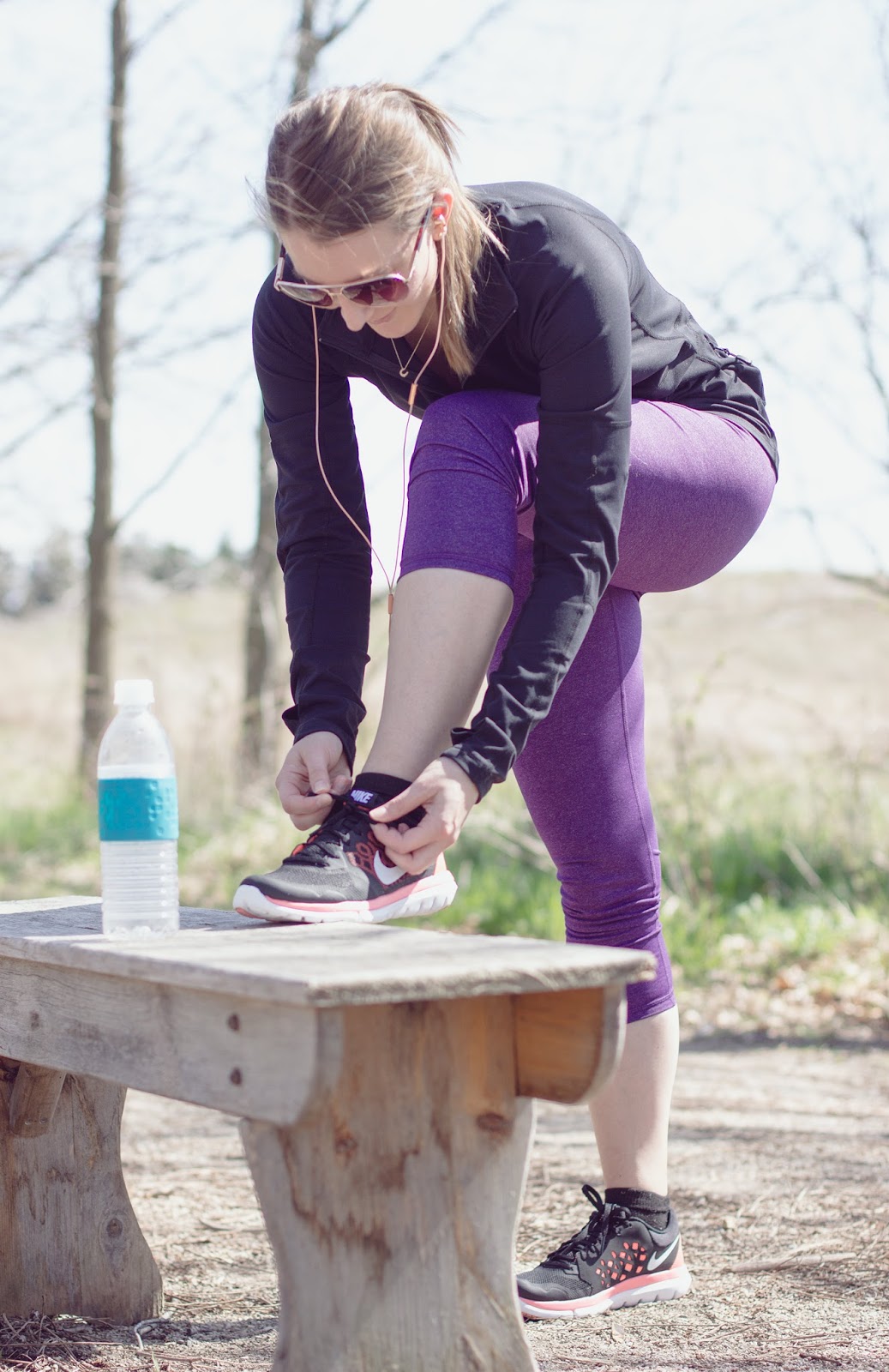 For those of you who know me (or if you have been a longtime reader) you know just how passionate I am about working out & being active. Whether it’s running or going for hikes, I enjoy being physical. These past few months have been tough. It’s amazing how much your body changes when you cut regular exercise from your daily routine. I was having a hard time sleeping… I always felt exhausted… my eating habits changed… and I was just all around unhappy. I felt like a lazy muck-pile. Not to mention the debilitatingly cold weather we experienced this winter. It was all around a pretty miserable state of affairs. 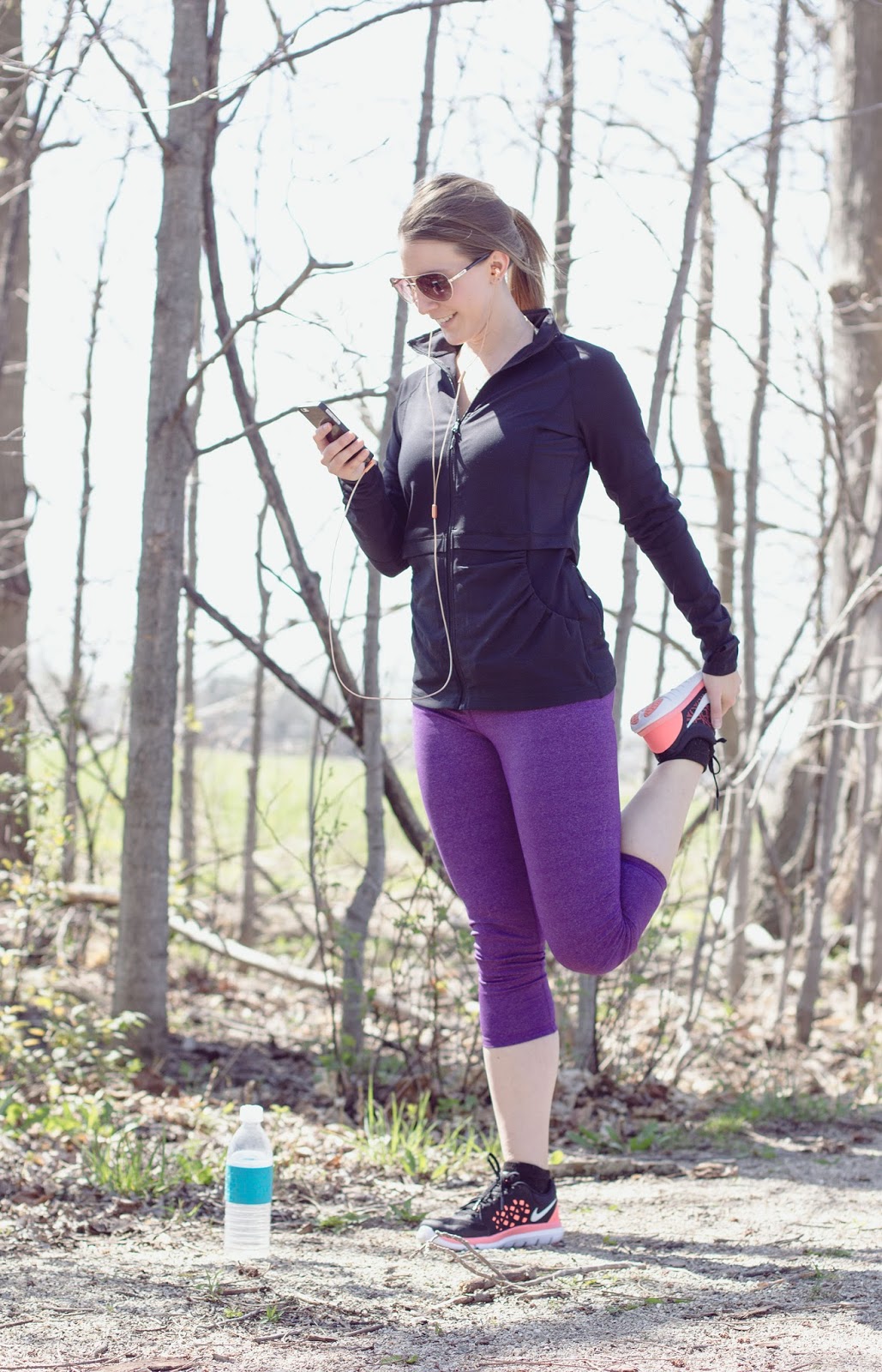 It actually wasn’t until early April that I admitted something had to change. I couldn’t keep putting my health last. I began making simple changes at first, like drinking more water & focusing on eating healthier foods (yes, during those dark winter months I thought over-indulging in sugary sweets and junk food was justified… mostly because I felt miserable). Feeling motivated enough to start working out again has been the hardest part… but since the double digital weather has hit I am finding it easier and easier to tear myself way from my desk to get outside. I invested in some new running shoes (which I have been promising myself since January) and Cory Vines sent me some new running gear. I was beginning to put all the pieces back together. 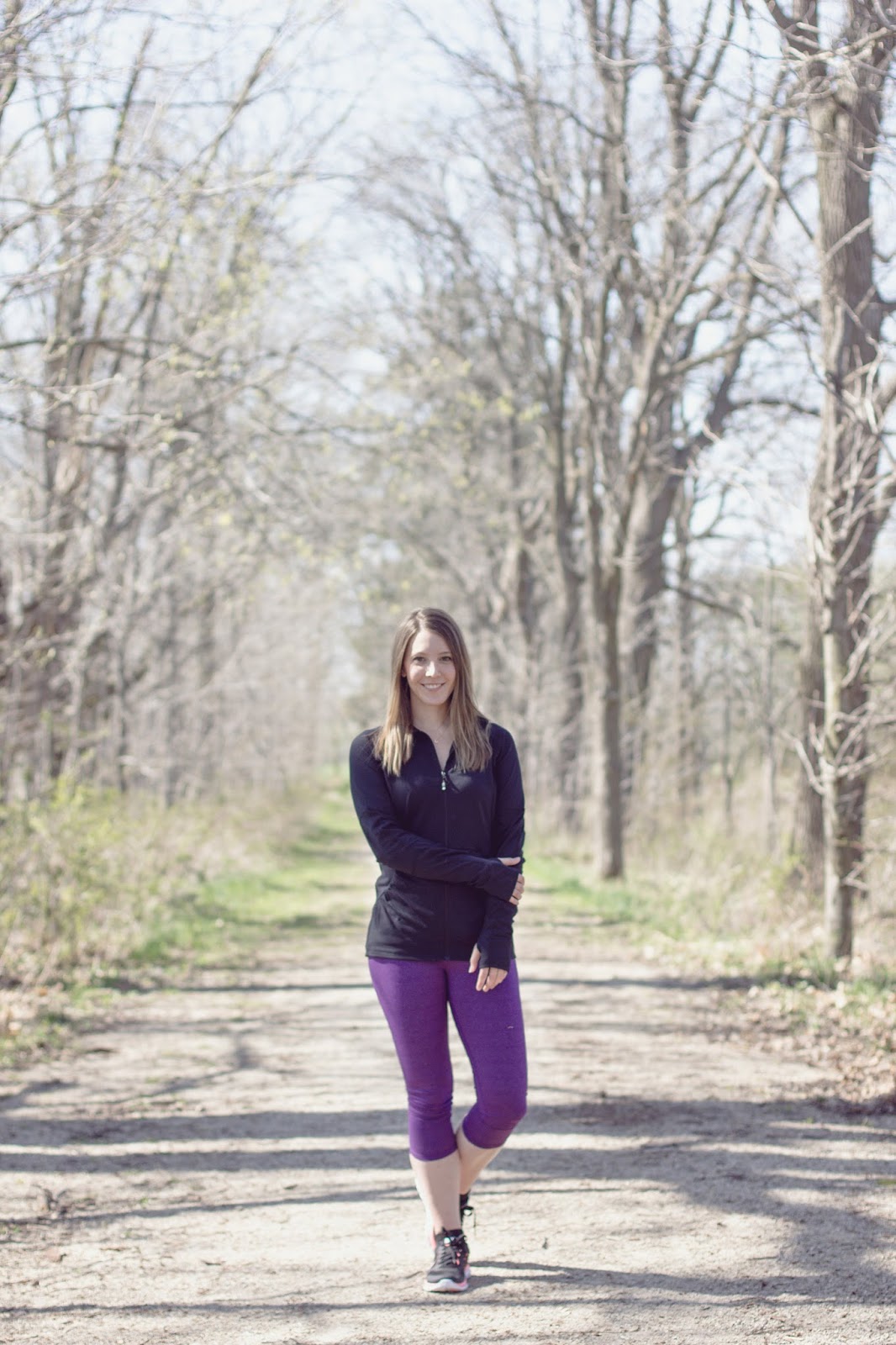 As good as I looked (don’t you love these plum capris and sprint jacket!?), my first few runs were brutal. Compared to last summer my splits were embarrassing, I was winded quicker, and boy did my legs ever hurt! Incredibly frustrating… but I have kept at it. And while I haven’t quite been running every day, over the past 4 weeks I have been able to get outside at least 3 times per week (including a few times in the rain!). I don’t know who has been more happy about my lifestyle changes… me or my running partner! 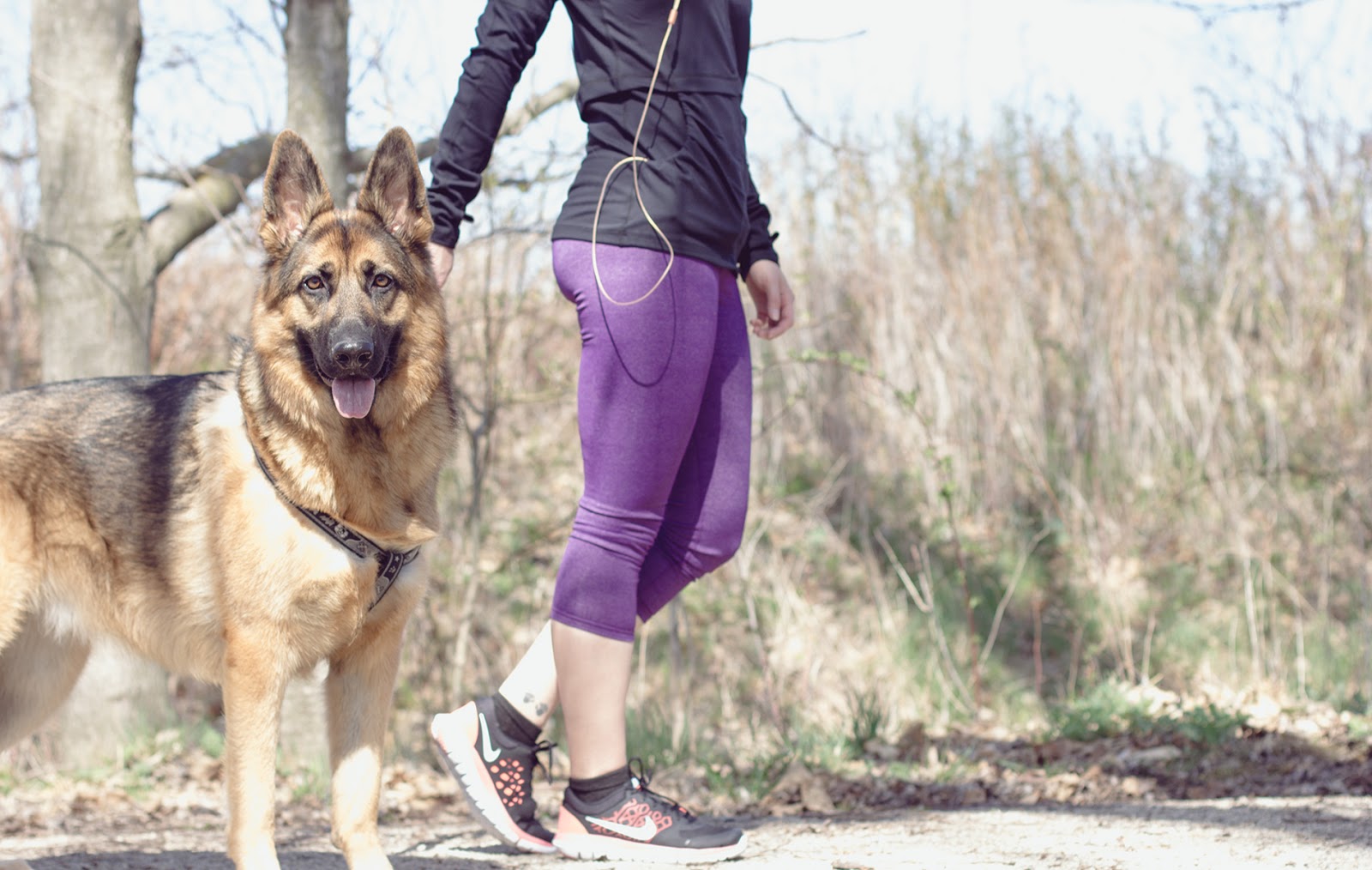 I can’t tell you how excited I am to reinvigorate this healthy journey… it’s hard when you lose your way and “busy” takes over, but I am committed to making regular activity a priority in my life again. 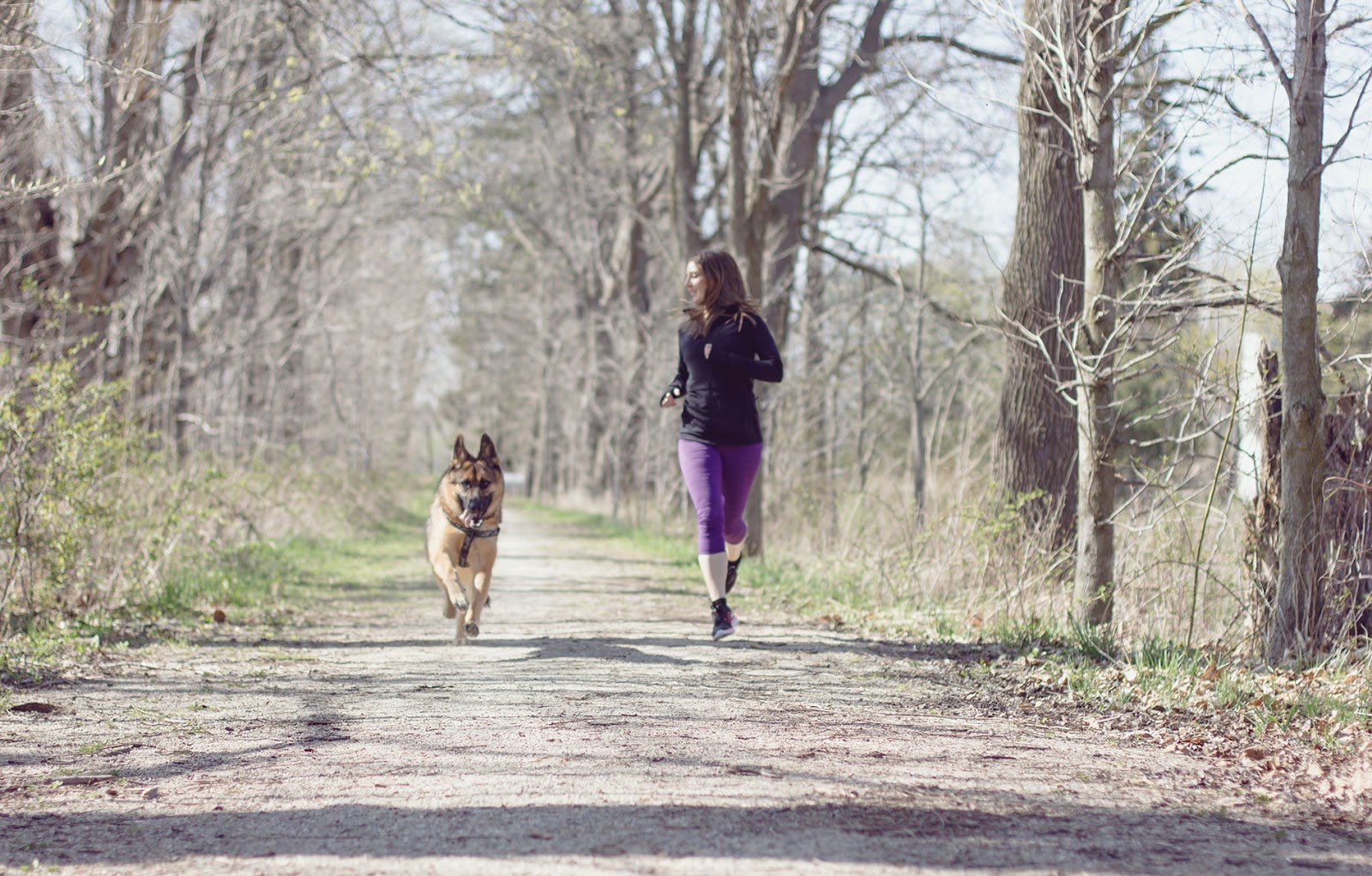 And hey, if you’re wondering about the workout gear it’s from Cory Vines; an activewear company out of Montreal. They are releasing their new summer collection today, so if you are interested in getting active this summer I highly suggest checking them out. Their pieces are simple, stylish and high-quality; not to mention their company was recently named the “Warby Parker” of activewear by Bloomberg… pretty impressive stuff!. 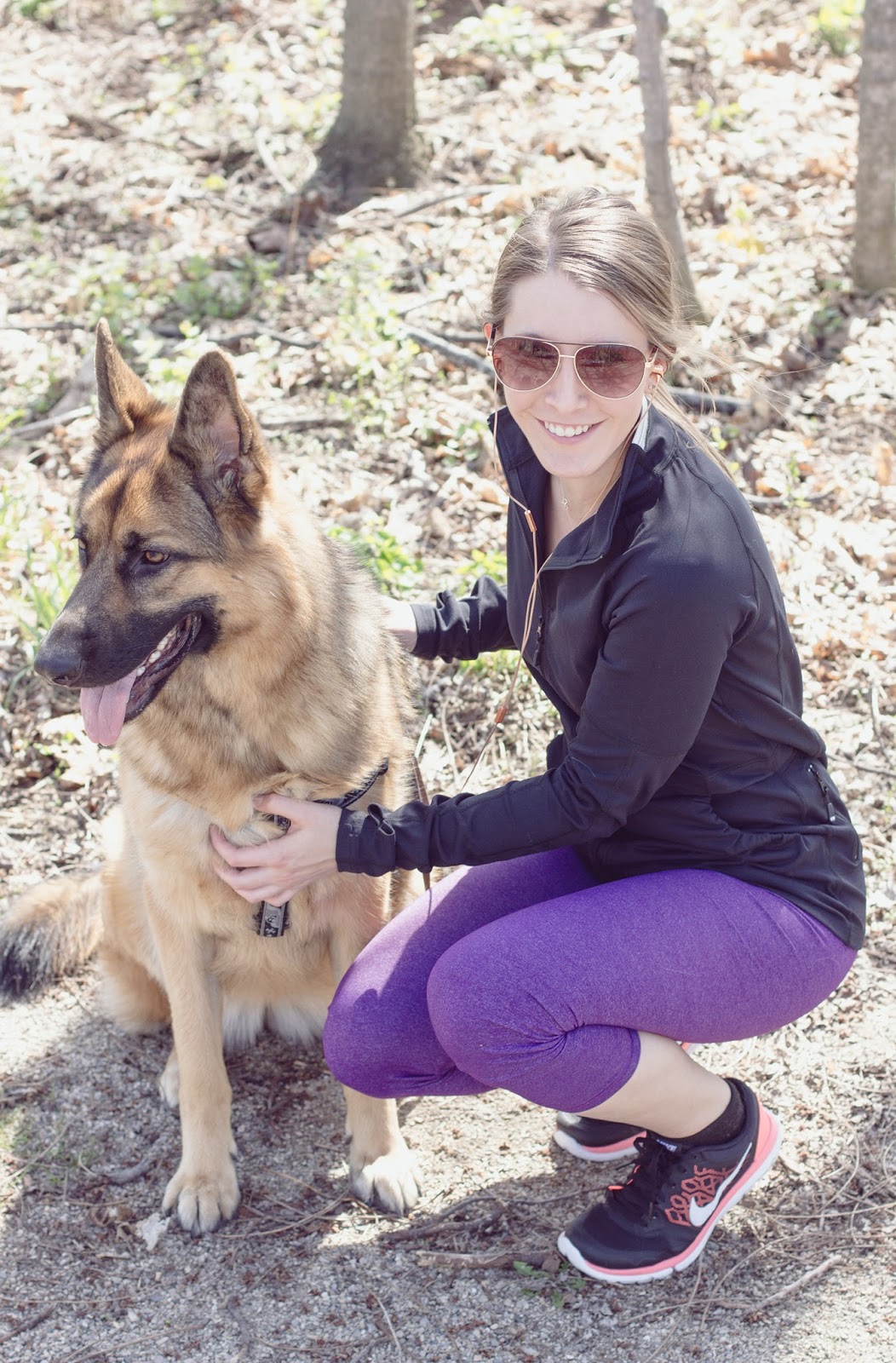 Have you ever lost your workout motivation? What was your turning point? How did you get back on the horse?

Disclosure: Cory Vines sent me pieces from their new summer collection to try out. I was so impressed by the quality & affordability I wanted to feature them in this post. Beyond the clothing I was not compensated in any other way… I only feature products here that I truly love, and these pieces are pretty awesome!

*Just wanted to clarify that I didn’t literally fall off a horse. I am quite alright! 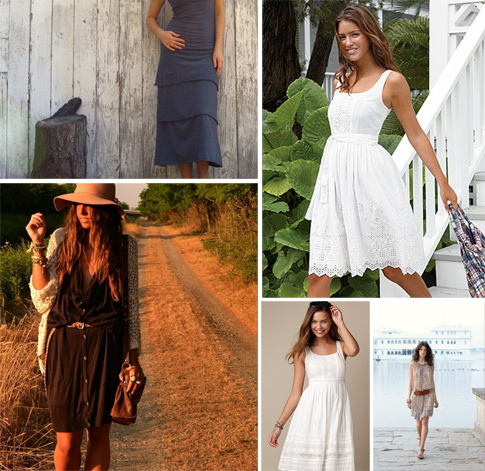 Confession… I have yet to cross off #79 on my list… find the perfect summer dress. I have… 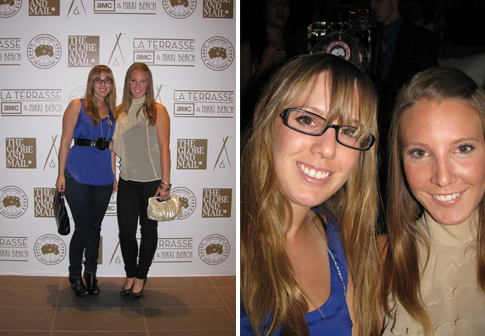 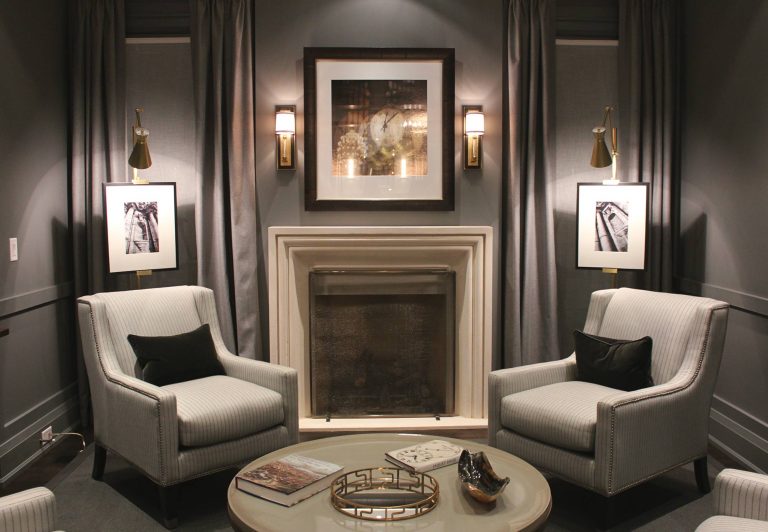 Have you ever started a project and thought, “yeah, this isn’t going to take me long!” And… 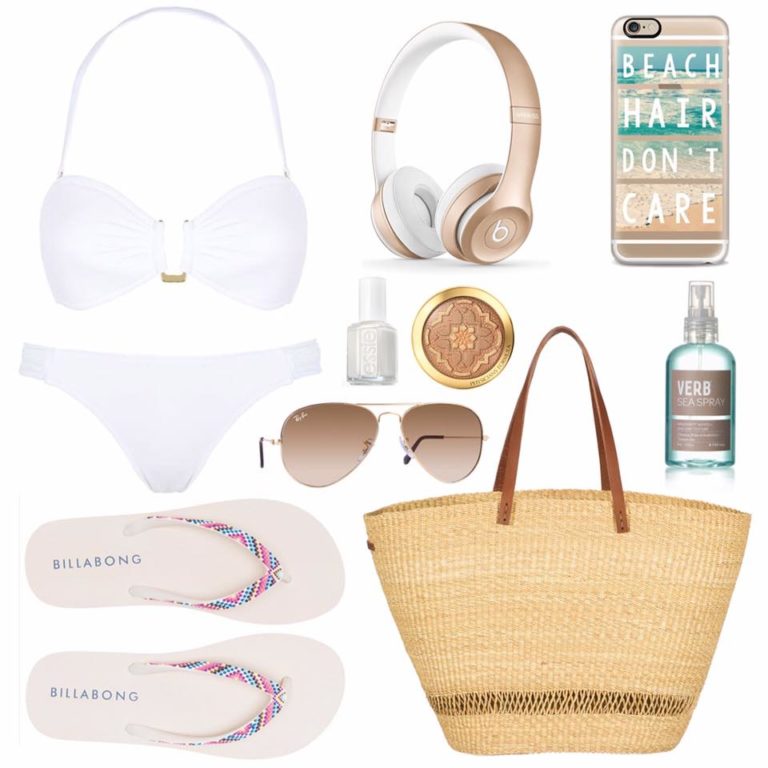 After the news, I decided that it was time I started to think about myself, put myself… 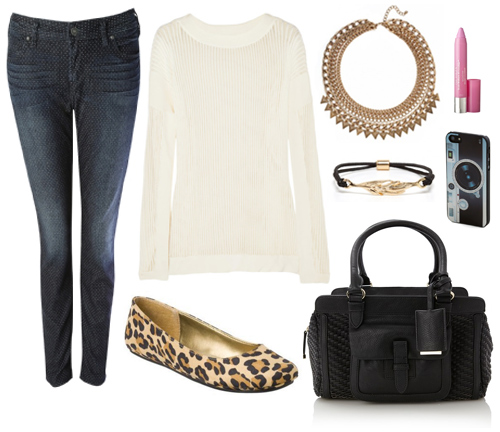 I’m going to admit, I am slightly nervous about attending BlogPodium this year. I would consider myself…